IAC alumni – students who have successfully completed their bachelor's or master's degree and received the Certificate of Ibero-American Studies of the MUP – describe below their experiences related to the fulfilment of Certificate’s prescribed criteria. These contributions also include personal experiences and recommendations, illuminating the path to the certificate, which could be of use mainly to potential candidates. 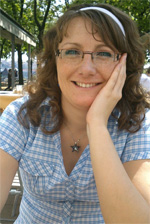 Lenka Samková received the Certificate of Ibero-American Studies following the completion of her master's degree in 2014.

For a long time I have been interested in the Spanish-speaking countries, thus I decided to capitalize my interest in a way.

Several activities made it possible for me to obtain the Certificate. I attended relevant courses (Mexico and Central America, Territorial Course: Brazil, Chile and Argentina, USA - Evolution of American Identity). My MA thesis discussed economic and political characteristics of Spain, while focusing on separatist tendencies of some historical regions, particularly Catalonia.

I have also met the language requirements. I started studying Spanish already in high school and afterwards I successfully passed international exam DELE at B2 level. Besides that, during my bachelor studies at University Pardubice, I spent one semester in Galicia (Universidad de Vigo, Facultad de Ciencias Empresariales y Turismo – Ourense) under the program LPP/Erasmus

For the time being, I have not had the opportunity to use the Certificate, as I continued to study. Hopefully I will make use of the Certificate in the future. And if not, never mind. The completion of aforementioned courses contributed to broaden my horizons and to my personal development.

I would recommend the Certificate to everyone who is interested in given region and aims to gain knowledge of this area and learn interesting perspectives from experts that lecture at MUP and transmit their experiences to students in individual courses, diverse lectures and round tables attended by different guests. 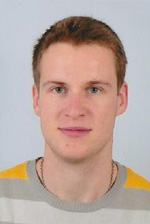 Lukáš Drvota received the Certificate of Ibero-American Studies following the completion of his bachelor’s degree in 2013.

In order to obtain the Certificate, it was necessary to attend three courses on Latin America and Spanish classes.

It was not difficult to obtain the certificate since the number of mandatory courses dropped from five to three courses during my studies, thus it became less demanding. During my studies at MUP, my Spanish was probably at A2 level. My BA thesis dealt with the Cuban-American relations after 1959, and was supervised by professor Opatrný. I also served on the editorial board of MUPTimes, where I published several articles about Latin America.

I was interested in the Certificate from a purely technical point of view, and so I subscribed to courses with relevant Latin American themes. During my studies at MUP, they were taught by prof. Opatrný, who awakened my great interest in the region. Hence, further direction of my studies became instantly clear to me.

Nowadays, my field of study is linked to Latin America as I study MA in Iberoamerican Studies at Charles University. I have not used yet the Certificate itself, but the effort to obtain it very much influenced my further direction because I have become fond of Latin America. It certainly shaped my study, professional and personal progress indirectly, as it determined the direction of my studies.

My MA thesis deals with the Czechoslovak-Cuban relations in the 1980s, which shows my interest in the Cold War and Czechoslovakia’s role in Latin America. After I complete MA degree, I would like to continue in doctoral studies. Since I studied International Relations at MUP, this is for me the closest subject area even in the context of Latin America; I am particularly interested in the role of the United States and generally in the entire modern history of the 20th century to the present. My favourite countries are Cuba, Mexico (where I travelled for a study exchange), Venezuela and Argentina.

I recommend the Certificate to everybody, who is interested in Latin America since it requires the competition of interesting relevant courses. This is much more important than the Certificate itself, which has a rather minor role. 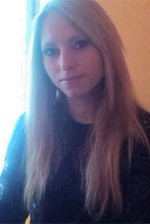 Simona Maternová received the Certificate of Ibero-American Studies following the completion of her bachelor’s degree in 2013.

To obtain the Certificate, I had to successfully complete courses on Latin America and demonstrate appropriate language skills. The courses that I attended at the Metropolitan University were: Chapters from the History of Latin America, Mexico and Cuba, Culture of Latin American Countries, Mexico and Central America. Within my bachelor’s studies at Metropolitan University, I also attended courses of Spanish language. Another condition of the Ibero-American Certificate was to prove my long-term interest in the region. So, I wrote my BA thesis on Political Parties in Mexico in the Second Half of the Twentieth Century, and also participated in all conferences organized by the Ibero-American Centre.

This is very hard to answer because I am interested in everything. All from pre-Columbian cultures to the present, from Mexico to Argentina. For this reason, I also decided to study Iberoamerican Studies at Charles University. Throughout last year I have been vigorously studying mutual relations between Czechoslovakia and Venezuela in the years 1945 - 1968, because it is the topic of my MA thesis.

Warm personal approach to the region

My interest in Latin America blossomed in childhood, when my favourite book was, and indeed still is, a world atlas. I dreamed about places I would visit. Mainly the Amazon forest attracted my attention. Gradually my favourite books included books of Karl May. However, a genuine interest came much later, when I lived in the UK, where I met first Latin American people. Their warm and friendly nature perhaps does not need to be mentioned. We spent free time, among other things, by talking about their countries, culture, nature, people, but also politics and economics. While enjoying nice meals.

When I started studying at Metropolitan University, which offered courses cantered on Latin America, I could not miss them. Here another factor—the lecturers—made an impact on me. It was their expertise but also the way they taught their students, their interest in the region, that was contagious. Thanks to them I became student of Iberoamerican studies and I will certainly maintain my focus on the region after graduation.

I recommend the Certificate to those, who are interested in Latin America and wish to focus on this region in the future, either during their further studied or at work. Yet, not only to them, as it is always amazing to broaden one’s insight. Latin America remains somehow neglected as a region, which is a pity because it is a very interesting area with great potential.