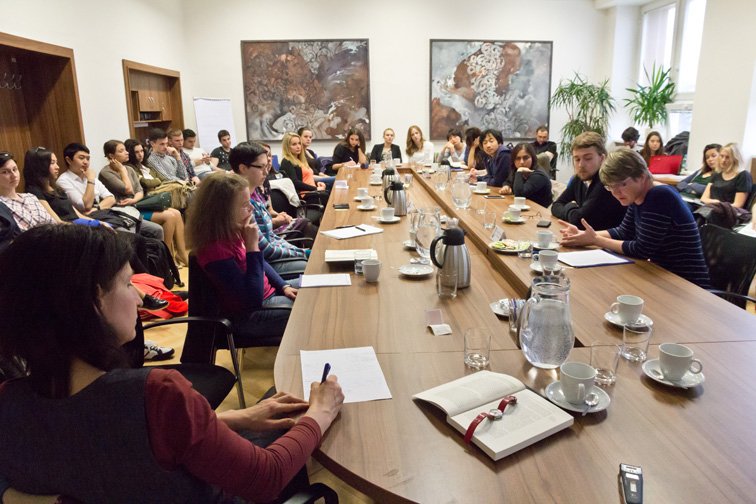 The decade of 1990s seemed to suggest that borders had lost their importance. Current political developments in Europe and elsewhere suggest, however, that borders continue to have acute relevance both in the international affairs, as well as in citizens' lives.

The round table counted with experts from the Americas and other regions of the world, among others with the editors of recent special issue of CEJISS K. Březinová, MUP, and M. Křížová, Charles University in Prague. Other speakers included M. Belfer, T. Jiroutová Kynčlová, D. Erkomaishvili and J. Castan Pinos.