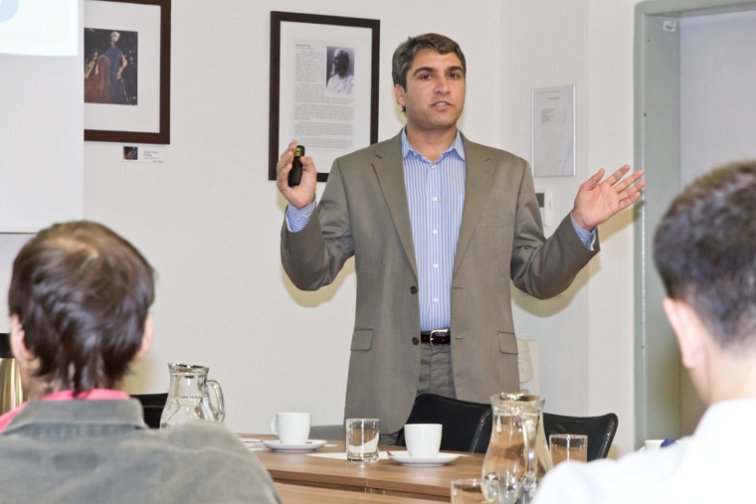 One can be almost sure that whatever event related to the greater Middle East region has almost anytime a perfect timing and relevancy. This was also a case of the guest lecture "Islamist Militancy in Pakistan" by Daud Khan Khattak organized by The Centre for Middle Eastern Studies on 16 December.

On the very day of an unprecedented deadly terror attack, killing more than 130 children in Peshawar, the Metropolitan University Prague hosted a leading expert on the issue, who is moreover a native to that violence-plagued city of North-Western Pakistan. Mr. Khattak is a senior analyst of Radio Mashaal, Pashto language service of Radio Free Europe based in Prague. It was a bit tricky to keep him all the time with us, since several media outlets were keen to have is comments on the No. 1 story of the global news of the day. In spite of that, the audience at MUP had an unique opportunity to learn what is behind the headlines, who is who in the shadow world of (often competing) militant groups in both Pakistan and Afghanistan and Mr. Khattak shared with us even few juicy stories from the private lives of some jihadist leaders.