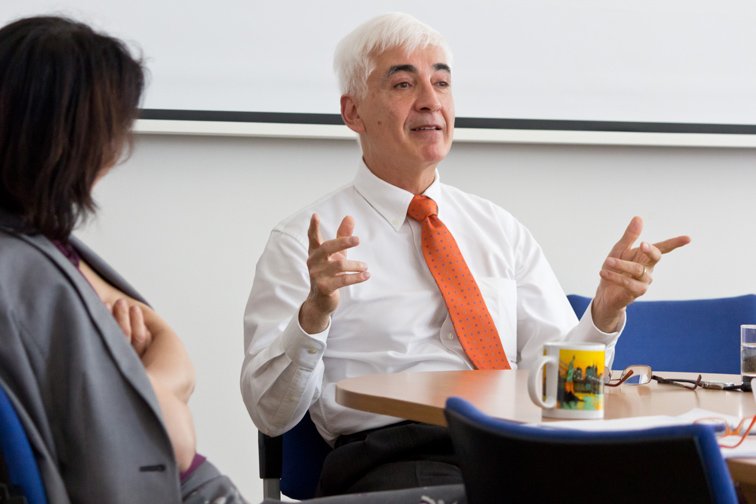 On April 25, 2019, Iberoamerican Centre of Metropolitan University Prague hosted a lecture by Mr. Roberto Alejandro Salafia, the Embassador of the Republic of Argentina to the Czech Republic entitled „Latin American Integration: The Case of Mercosur“.

His Excellence, Mr. Roberto Salafia spoke about the Southern Common Market which is one of the world’s leading economic blocs and its fifth-largest economy.

Born out of a series of economic cooperation agreeements between Argentina and Brazil and their diplomatic rapproachment in the 1980s, Mercosur (Mercosul in Portuguese) was founded in 1991 with a commitment to create a common market, similar to the European Union.

Other countries of in Latin America advanced in less ambitious projects, such as unilateral trade openings or the conformation of free trade zones.

Mr. Salafia discussed some of the most important aspects of these processes of integration three decades after they were launched.