BRAUN, Mats Rickard et al. The diffusion of EU norms : the challenge of the domestic context 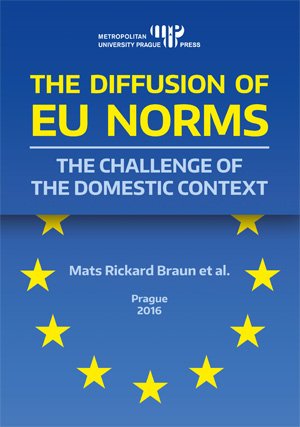 The three different case studies presented in the volume all reveal the limitations of the EU as a norm promoter within and beyond the European Union. In her chapter on minority rights in Estonia, Anna Gromilova shows that even when a country has gone through the enlargement process and come to perceive itself as an important part of the EU’s normative power, this does not necessarily mean that all of the core EU norms have been internalised. The issue that is the focus of Gromilova’s analysis – stateless inhabitants – clearly demonstrates how pragmatic concerns have clashed with the EU’s minority rights norm. Moreover, changes in perceptions of this issue are not necessarily linked to the European Union’s role as a norm promoter. To the extent that a new, more inclusive understanding of citizenship has emerged, this can be traced to domestic actors’ concerns with the sustainability of Estonian society rather than to any Europeanisation process.

Adisa Avdić-Kusmus and Anja Grabovac’s case study of the good governance norm in Bosnia and Herzegovina illustrates how an EU norm can conflict with institutional arrangements, which are, in turn, the result of complex international negotiations. The EU is, thus, shown to be promoting a norm that collides with a system which it is perceived as being partly responsible for. The tendency to hold the EU responsible for the constitutional arrangements coming out of the Dayton Agreement highlights another tendency in Bosnia and Herzegovina to conflate the EU with the “West.” Avdić-Kusmus and Grabovac’s analysis of the Sejdic-Finci court case also makes clear that a lack of verbal opposition to a norm is not the same as acceptance or understanding of that norm. When local politicians saw that the representation of their own in-groups was at stake, adherence to the norm became difficult for them to maintain.

In the final case study, Gabriela Özel Volfová reveals how domestic actors in Turkey have reinterpreted one of the European Union’s core norms and used it for their own legitimising purposes. The analysis shows how Erdoğan’s AKP party was able to use a commitment to a concept of democracy corresponding with EU demands as a way to broaden its potential electorate and become acceptable to a bigger group of voters than core loyalist supporters. At the same time, this rhetoric enhanced the country’s chances of actually moving closer to the European Union and becoming a member state. This chapter also highlights the seeming link between the local (re-)interpretation of the norm over time and the worsening of relations with the European Union. It, thus, supports the assumption that where there is no credible reward for norm adherence, it is unlikely to take place.